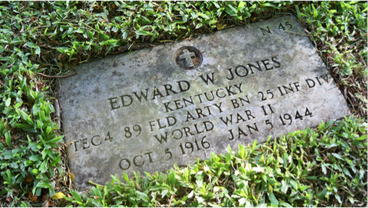 *Edward William Jones was born on October 5, 1916 to his parents Mack and Axie (Baker) Jones. **Edward had 5 brothers, William, Paul, Herald, Glenn, and one who's name is unknown. William also had 4 sisters, Geneva, Virginia, Bessie, and Gwendalyn. While in high school he was a semi-skilled painter and construction worker. However, he only had one year of high school at Corbin because he left to serve his country in the Army.

He enlisted in Louisville, Kentucky on June 17, 1934. He was a technician 4th grade and was part of 89th Field Artillery Battalion, 25th Infantry Division. His military rank was a private. ***He passed away on January 5,1944. He is buried at the National Memorial Cemetery Honolulu, Hawaii. 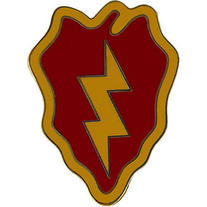 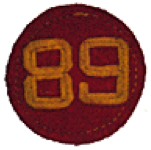